It’s here – the moment everyone has been waiting for has arrived!

Group stages of the Crypto World Cup are over, which means we’re moving onto the best part of the tournament: the knockout stages.

No more weak crypto players or unfair matches (though there will be a few: looking at you Andreas Antonopoulos vs. Satoshi Nakamoto). At this point in the Crypto World Cup, we have the best of the best playing against each other. You can count on these games being fast-paced and well-played.

Before we look at the Crypto World Cup Bracket, however, let’s have a moment to reflect on all the crypto players lost.

Crypto World Cup Eliminations: No Round of 16 For You!

There are a few crypto players that have been eliminated that I personally was hoping would go far. For instance, Tiffany Hayden (who was randomly drawn as Australia) was eliminated.

Overall, however, the biggest shocker of the Crypto World Cup is the absence of Roger Ver in the knockout stages.

Here are all the crypto players that were not able to move to the round of 16: 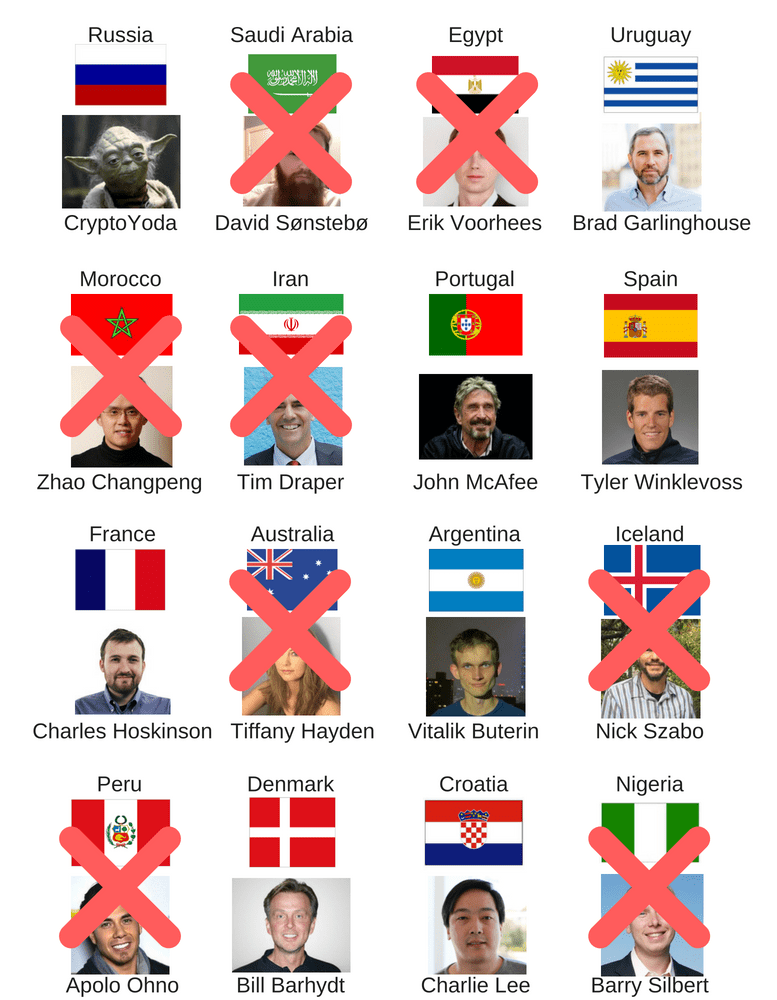 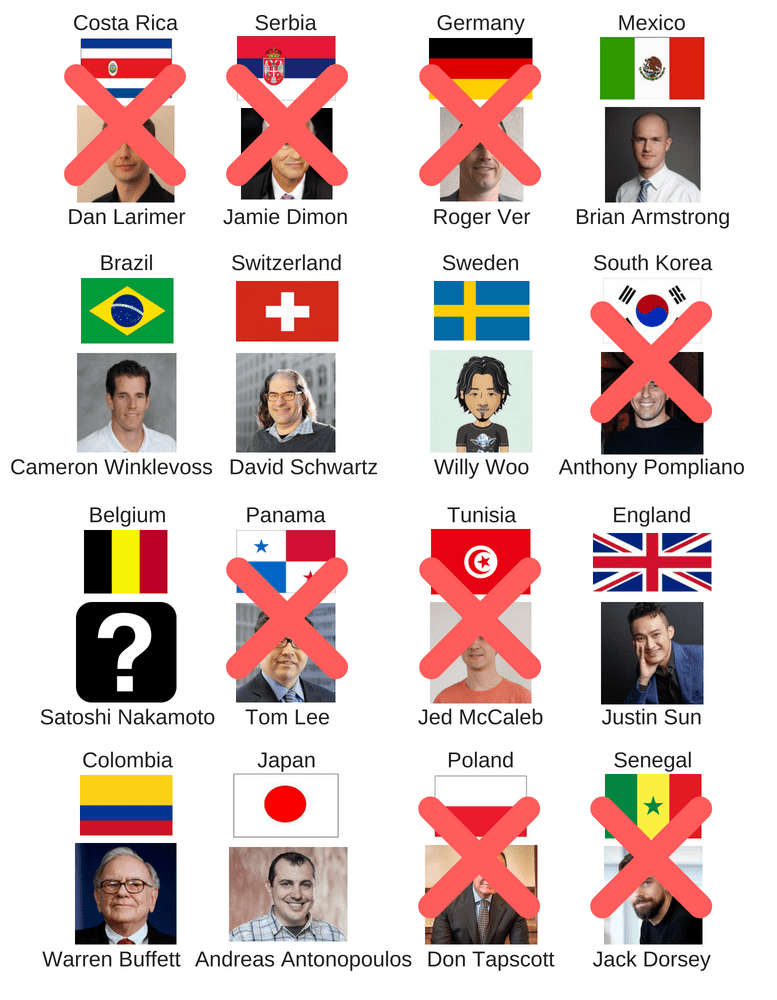 Crypto World Cup: Next Round Speculation

For the crypto representatives that did advance to the knockout stages, there are definitely going to be some interesting matches. Some are going to be must-watches, like Tyler Winklevoss vs. CryptoYoda.

However, there are a few games that are not the most glamorous of matchups. Take Willy Woo vs. David Schwartz: both crypto players looked good during group stages, but there isn’t anything to make one drop everything they’re doing to watch the upcoming match.

Moving forward, the public is divided. Many seem to believe that one side of the Crypto World Cup bracket is easier than the other.

Crypto Players on the Easy Side of the Bracket:

Crypto Players on the Difficult Side of the Bracket:

That’s all speculation, though. Whether or not observers are right that things are looking easier for one side of the Crypto World Cup bracket, it’s still monumental for these players to have gotten this far. As we saw with Roger Ver, the tournament has a mind of its own – no matter how good at the game you’re supposed to be.

Here are the crypto players that advanced to the knockout stages. Note that the dates of each matchup have been provided: 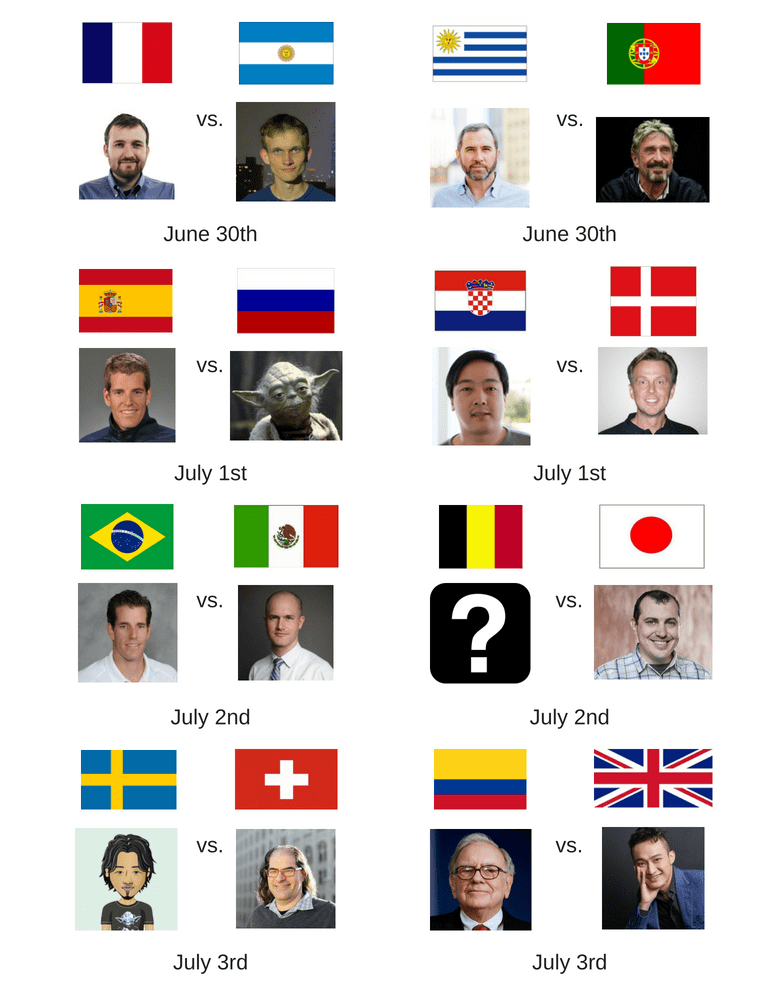 From this point out, things are going to start getting a lot more intense. Crypto players are going to be less friendly with those that they know from the opposite team on the fields, and the overall intensity of matches is going to skyrocket.

As we move forward with the Crypto World Cup, we have two questions to ask: 1) how do you feel about the round of 16 World Cup bracket, and 2) who are you going to support as each crypto player makes their bid to make it to the quarter-finals?

Let us know in the comments below!