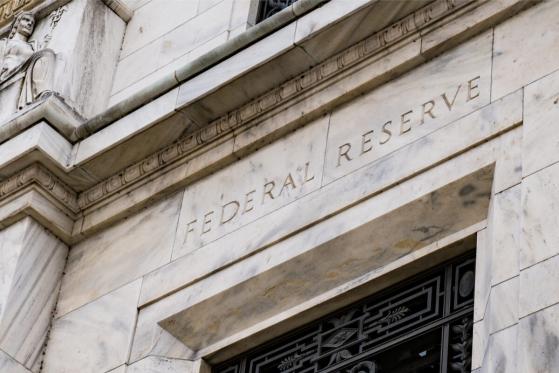 Guy Hirsch From eToro Speaks to Us About The Future of Crypto, The SEC, and eToro’s Newest Developments

Everyone’s seeing it now. The cryptocurrency world is starting to inch closer and closer towards legitimacy as governments around the world begin to discuss exactly how they’d like to treat the various coins that have entered the market in recent years.

Just over a week ago, this culminated in the United States with the introduction of indexes on cryptocurrency prices by the St. Louis Federal Reserve in their economic data platform. Our coverage of this event caught the attention of Guy Hirsch, managing director for the US at eToro, and we thought it was time to hold a Q&A with him.

CV: So, we were previously talking about what the FRED inclusion for indexes means for cryptocurrencies, and I was interested in hearing what you think about the future of the cryptocurrency market in terms of acceptance by governments in this context.

I mean, some would argue that Ethereum is not a currency. It’s more of a crypto asset and whatnot. It’s just a great signal to the market that an institution like the Federal Reserve in St. Louis is now adding it and tracking it as an asset class, as a real asset. And that, I think, has three implications.

First, the industry as a whole—we are part of the industry and we ought to do it, too—should leverage that and communicate that to the average investor, to the weekend investor—I mean, that announcement and future announcements that institutions like the Fed make—to showcase that this is real, that this is not anything where people might think that it’s a shady type of scheme and whatnot. So, this is a real asset and here the Fed is adding it to its database and it’s something that you can trust as well.

Then, you have the professional—the institutional investor—that looks at this and says, “Maybe I should start allocating some of my portfolio into this asset class to get exposure so that my performance and overall portfolio will reflect the fact that this is emerging and this is real.”

And then the third is, I think, a signal for regulators and legislators. So, the Fed has a number of responsibilities and I think that once they added [these prices] to their database—although it’s a small thing, relatively speaking—it’s echoing to Congress and other stakeholders to take note of that and start taking crypto assets more seriously, help the industry to grow as a whole, and do the right thing in terms of regulation and legislation that will help this industry flourish and bring about the tremendous benefits that this new type of asset adds to the community and society as a whole.

CV: We’ve seen that recently, with regard to institutional investment, with Andreessen Horowitz throwing $300 million of capital into a cryptocurrency fund, if I’m not mistaken.

GH: I think if you’re a Silicon Valley or Israeli [venture capitalist], or in any one of the innovation hubs in the world, and you manage money professionally and you invest in innovations, it is definitely expected that you would have a strategy associated with crypto assets. So, Andreessen made their own decision in terms of how to do it, but we know of other VCs that are definitely active in the space. They’re just not structured in the way that Andreessen is, but by and large I feel that most investors who are part of that ecosystem are trying to figure out what this means to their business model, what it means to their portfolios…

In some ways, you know, this is a threat, because these types of assets have some impact on crowdfunding as well, with ICOs and whatnot, so it is a little bit of a threat to the VC model. But on the other hand, these people are very capable of identifying opportunities and backing promising projects. I think they will have a role to play, but maybe under a different model, or different types of rules and geographic focuses as well because a lot of these projects are not in the US. So, I think that’s what is expected and we at eToro are definitely welcoming more announcements like [the Fed’s inclusions].

I think that other institutional investors that are more traditional are also waking up to the understanding that this is a phenomenon. There’s a lot of chatter in a lot of movements with hedge funds and OTC desks that are crypto-focused.

We announced that we’re going to have an OTC desk as well. We’re having institutional offerings, so we do plan on participating in that as well.

There’s a regular innovation diffusion model, which with regards to investors, you will see innovators move first. So, angel investors and VCs move first into the space and then, as time goes by, you will see more traditional players joining to invest in this asset class under certain strategies that fit each company depending on their focus and how they operate.

CV: Do these new movements have anything to do with the SEC’s decision not to regulate Ethereum and Bitcoin as securities?

GH: At the end of the day, it was still [the director] making [these statements] as an individual and not on behalf of the SEC, even though, clearly, it has some bearing on what the industry was perceiving to be the SEC’s opinion about Ethereum. But I think those remarks were profound not just about Ethereum but also about the SEC’s potential departure from the notion of, “Once a security, always a security.”

It’s been kind of a long-held belief in the financial industry that if something starts as a security, then the SEC will always perceive it to be a security.

In the case of blockchains, I think those remarks were the first time that an official from the SEC made the statement that the SEC is willing to consider a worldview where something starts as a security—like in the case of an ICO, raising money and funding the project initially—but then later it is not a security.

I think that some in the industry would still like to see more on that front, where the SEC or legislators as a whole will come and say, “Some of these things are new and it’s not a security; it’s an [entirely] new thing.”

Given the departure from “once a security, always a security,” I think it gave a tremendous boost and a positive outlook on what the future holds for these asset classes in the US. Those remarks had a lot of impact on companies’ and people’s confidence that this can grow and have a regulatory trajectory that doesn’t have the SEC’s scrutiny once it becomes truly decentralized.

CV: Just one more question… Will eToro ever allow people to withdraw their cryptocurrency holdings?

GH: Yeah! So, we announced that we’re going to have a wallet, and with the wallet, we will allow people to receive and send various crypto assets. That’s a given.

We do have plans. One would assume that with our trading app and our wallet app that at some point there would be some conversion between the two. So, to answer your question, I think, initially, with most wallets, you’ll be able to send and receive those crypto assets. Our experience, I think, will be much better, much simpler, with a much better user experience.

And then, later on, we will start announcing some of the ways in which our wallet will integrate into our trading app, which will create a lot of competitive advantages in the space where people can trade, can bet in this asset class, and then also be able to redeem them to the wallet.

Horsch appears to be very optimistic about the future of cryptocurrencies in the US, given the announcement we’ve seen from the Fed and the statement given by the head of corporate finance at the SEC. We also managed to find out that eToro is planning to allow crypto holders to redeem their coins in other spendable wallets, although the company is going to develop its own platform for that anyway.

We would like to thank Guy Horsch for speaking with us and clarifying his point of view and hope to speak with him again soon!

This article appeared first on Cryptovest