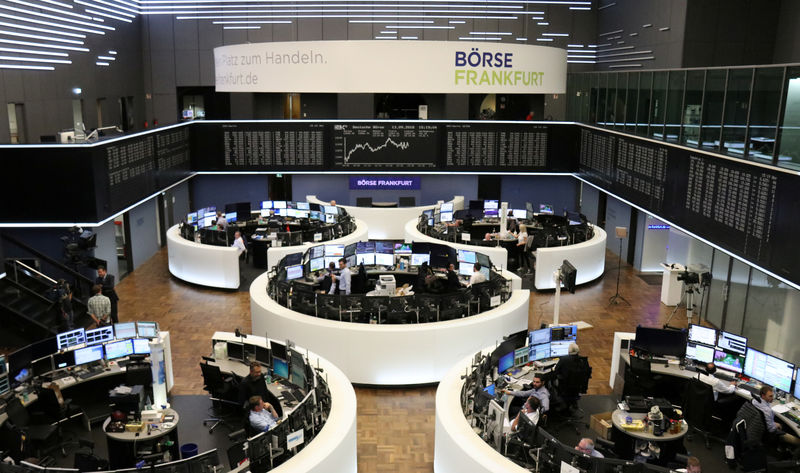 LONDON (Reuters) – Economic optimists have for years been misguidedly predicting the twilight of the boring, safety-first bond market. And the year gone by was another one that proved them wrong, particularly in the euro zone.

Investors who bought government bonds from euro zone countries — with the admittedly large exception of Italy — at the start of 2018 booked a healthy profit if they held them to the end of the year.

Even with the European Central Bank dialling back its stimulus, the dulling of a once-rosy growth outlook and political tensions made “boring” look attractive again.

Demand was stoked by Italy’s wrangling with Brussels over its budget plan, uncertainty over Britain’s impending exit from the European Union, and global trade tension.

This brought an astonishing 3.36 percent return on German 10-year bonds, defying start-of-year predictions of a return around 1 percent – after two years near zero because of massive ECB bond buying. And those bonds end the year yielding just 0.25 percent.

Even across the Atlantic, where the U.S. Federal Reserve hiked rates four times in 2018, the return on 10-year U.S. Treasury yields is set to end only marginally in the red.

But if German bonds benefited from investors dashing for safety, the story has been more positive elsewhere in the bloc.

Leading the pack is Portugal, its 10-year government bonds returning a stellar 4.6 percent, with the Spanish equivalent a shade behind at 4.3 percent.

“The Portuguese economy recovered to its pre-crisis peak in real terms in the second quarter of 2018,” said Evan Wohlmann, an analyst at Moody’s, which in October became the third ratings agency to lift Portugal into investment grade.

Challenges remain, but he said reforms had made that economy more resilient.

Other peripheral debt, such as that of Greece, also notched up positive returns.

Of course there is an exception — Italy.

Rome’s anti-establishment coalition triggered a selloff of Italian debt by raising doubts over Italy’s future in the euro zone, and then setting spending plans at odds with Brussels.

Yet Rome did finally agree on a budget plan with the European Commission, leading 10-year yields to fall 44 basis points in December.

As a result, bonds that in October looked set to end the year 10 percent down finished only 1.78 percent in the red.

The conflicts within Italy’s litigious coalition have reached a new peak, with former premier Matteo Renzi openly threatening Prime Minister Giuseppe Conte to pull the plug on his fragile government alliance over a row on a […]